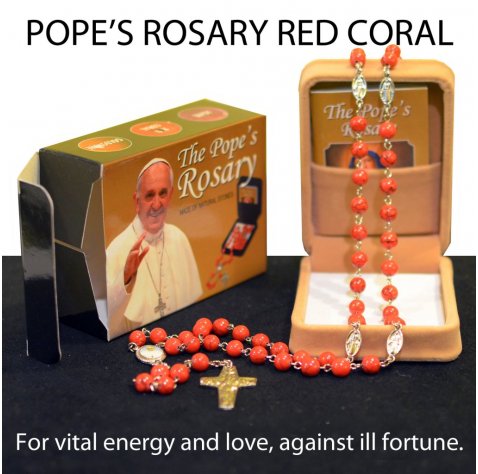 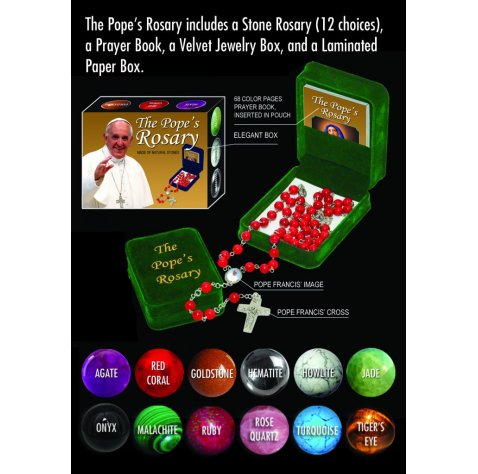 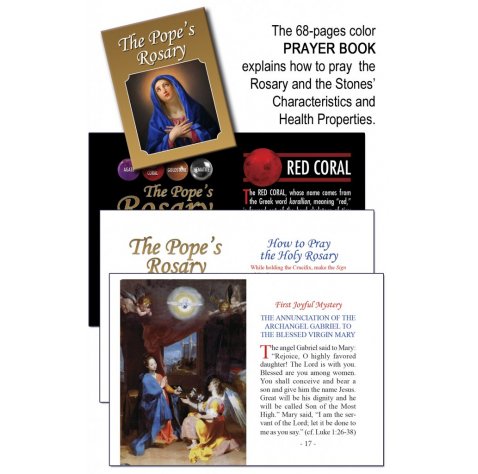 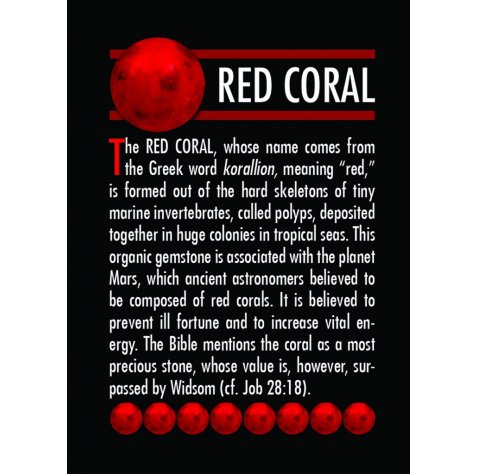 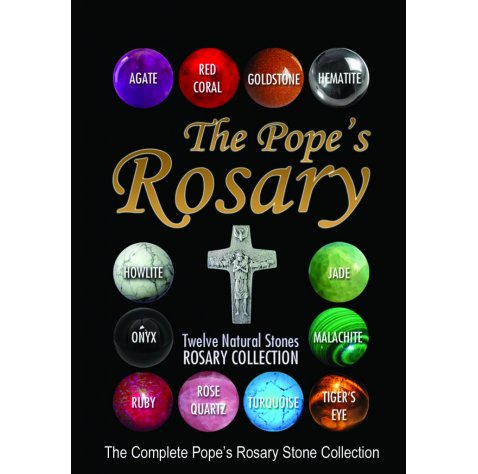 SUMMARY:      The POPE’S ROSARY RED CORAL is made of 8 mm natural stones, joined by stainless steel, and with the signature Cross of Pope Francis. This valuable Rosary comes complete with a 68-pages Prayer Book on "The Holy Rosary," an elegant Velvet Jewelry Box, and a Laminated Paper Package.

The RED CORAL, whose name comes from the Greek word "korallion", meaning “red,” is formed out of the hard skeletons of tiny marine invertebrates, called polyps, deposited together in huge colonies in tropical seas. This organic gemstone is associated with the planet Mars, which ancient astronomers believed to be composed of red corals. It is believed to prevent ill fortune and to increase vital energy. The Bible mentions the coral as a most precious stone, whose value is, however, surpassed by Widsom (cf. Job 28:18).